Regent at the University of New Mexico 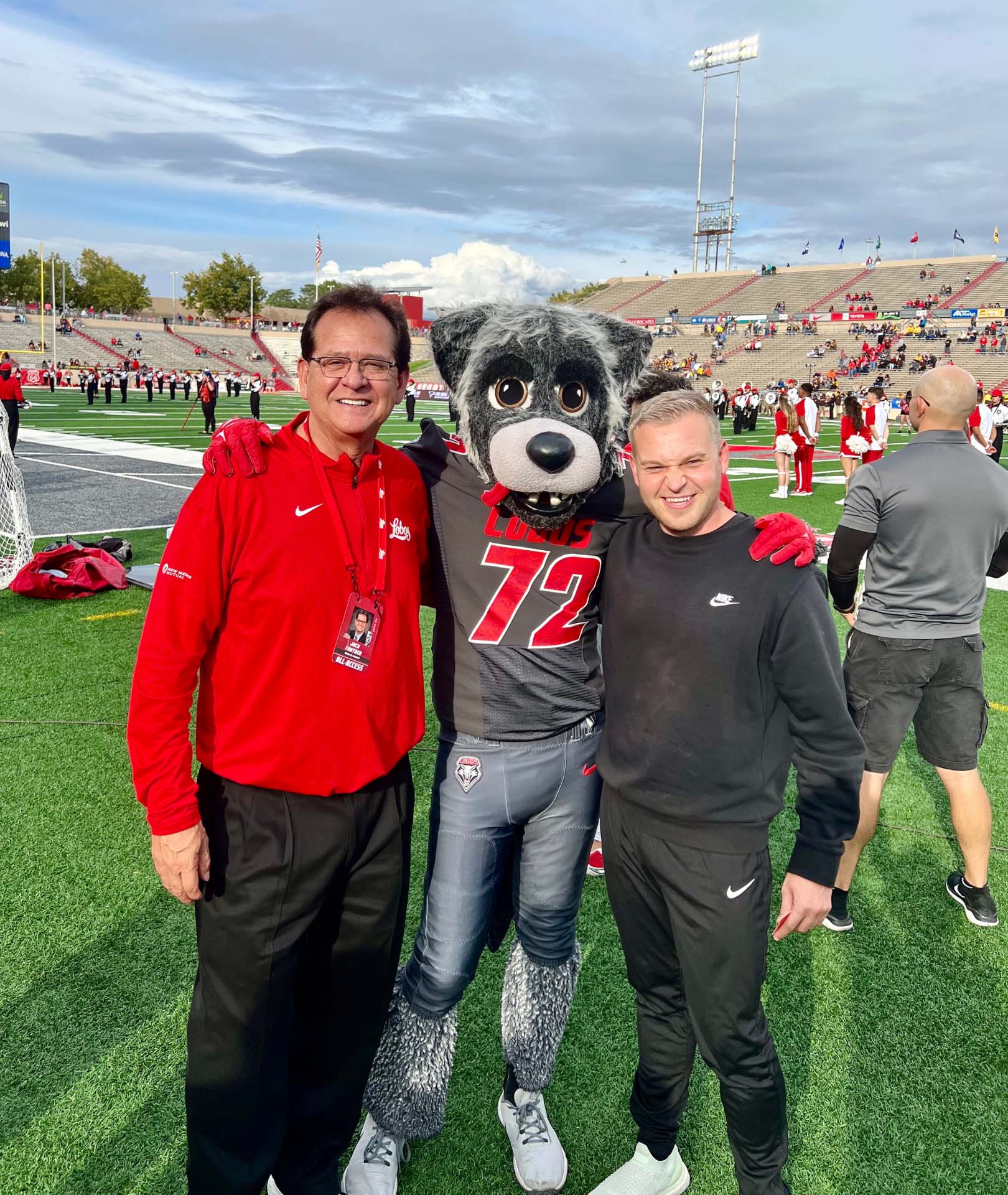 Jack Fortner is the longest serving Regent at the University of New Mexico. He has been appointed as a regent by four governors (something I find super fascinating - it was two republican and two democrat governors!) in the course of over twenty years. He served as the Chair for the San Juan County Commission for six times (more than anyone else), he has served as President of the Board of Regents more than anyone else (five times), and he has his own law practice in Farmington, NM.

One reason I’ve always been so impressed with Jack is that he’s a record-breaker on multiple accounts, and I asked him what his secrets are to being so successful on so many fronts. He broke it down for me:

Jack broke down his success and history with UNM: “I’m a graduate of UNM. My wife’s a graduate of UNM. My two daughters are both graduates of UNM. So there’s no question where my loyalty lies… There’s a lot of things that have contributed to my success, and one of the biggest ones is the University of New Mexico.” Even when Jack was in high school he was interested in UNM athletics, and the institution as a whole - and that loyalty has clearly helped pave the way for him to make a lasting impact there.

“Treat people right - no matter who they are. My mother is a first generation born American - her parents were Mexican immigrants. She worked as a waitress all her life, didn’t finish high school, but she told me how important education was. It was never a question of “if you go to College…” it was “when you go to College…” And I instilled that in my kids too.” Jack explained that this also comes from his religious impulse: “I’m a Christian - which means I’ve accepted Christ as my savior, and that principle affects how you treat people - and it teaches you to treat everyone the same. My grandparents, being Mexican immigrants, taught me the importance of that fact that no matter who you are, you deserve to be treated right. I think one of the most important things for a leader is the ability to get along with other people. Difficult people. Strong people. Weak people. Everyone.”

RULE 3. ACQUIRE AS MUCH KNOWLEDGE AS YOU CAN

“I’m the first to tell you - my first three years on the board were leaning. All 21 years I’ve been on the board have involved learning and growing.” This rings so true to me. I think when we start off in new ventures - whether they’re personal or professional - we often have this thought that there will be a learning curve, and then we will suddenly know everything and it will all be effortless from then on out. But this isn’t true. In reality, you never stop learning. The world never stops changing. We never cease adapting.

YOU DON’T HAVE TO BE NASTY TO DISAGREE

“You don’t have to be nasty when you disagree with someone. That’s the unfortunate thing about our political system and campaigns…sometimes they make it personal because they think it’s effective (and sometimes it is)... but one thing I’ve always loved about the Board of Regents is that we’re really good about treating each other professionally even when we disagree.” That gave me so much hope. I hate seeing people disagree in a hostile or ugly way.

BE ANXIOUS FOR NOTHING

I asked Jack what message he would want to leave everyone with if it was his last year as a Regent and he was giving a commencement speech at graduation. His response: “You’ve got a point where you ought to be really proud…but guess what: there’s going to be a lot of obstacles still. Don’t sweat it. Change is inevitable.” Jack told me a story he tells others about boy who wants to grow up and be in the circus. All his life he followed the circus, read books about the circus, he’d apply and they’d tell me he want too young… When he finally gets old enough he applies saying he can climb a 100 foot ladder and jump into three feet of water and survive. So the time finally comes when he climbs the ladder in front of a huge crowd, jumps off, lands in the water, and comes up completely fine. The crowd goes crazy and the circus manager tells him he has the job, to which the young man replies ‘You know what, nevermind.’ The circus manager is shocked, and the young man tells him ‘I tried it, but I didn't really like it that much.’ Jack reiterated the point of this story to me: “Sometimes all our life we think ‘this is what I want to do’, and when you do it it’s okay if you change. Don’t sweat it. Change  doesn’t have to be continually stressful. Change is normal to face stress and anxiety. But to live in the prison of anxiety is a choice - and I choose not to live there.”